The reality of your dreams.

ATHINAEUM has ventured out once again and opened a brand new pop up shop in collaboration with SOLLIS jewellery. 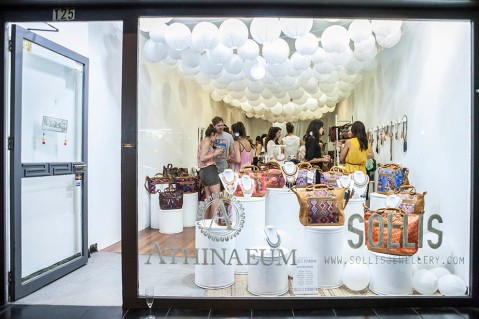 We were very happy to celebrate our opening night 2 weeks ago with an intimate group of friends to showcase our new space and preview the new Elysium collection from ATHINAEUM. 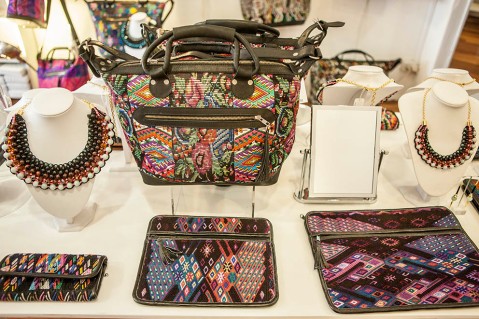 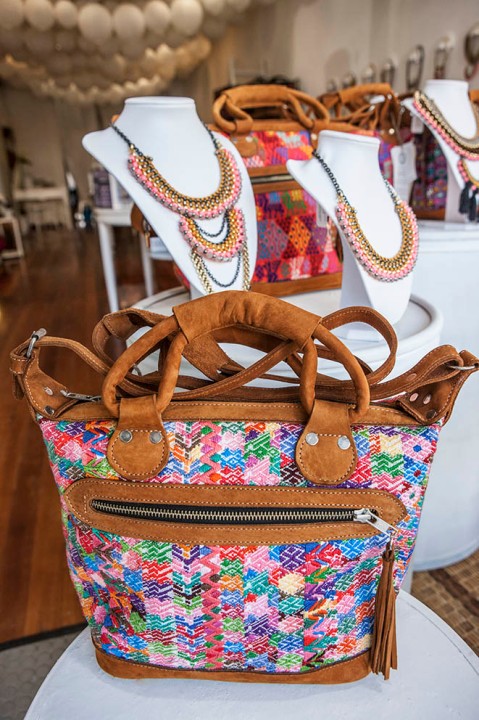 Just stumbled across this great article dealing with the perks and perils of doing fashion the ‘ethical’ way.

It is a poignant and controversial debate. Are some designers using words like ‘artisan’, ‘ethical’ or ‘locally made’ to boost sales? How do we know what’s true and what’s not? Much of the time, the answers to these questions are blurred. Here is an interesting article addressing some of these concerns.

Just found out that the band from one of my all time youtube clips (a cover of Lauren Hill’s The Ex Factor) has launched a new album which is available for streaming at NY Times Music. Half way through the fourth track and I’m in lust. Enjoy!

The Next Women: Startup Diaries

My motto in life should be better late than NEVER!

So here I am, some months later sharing with you the blog post I penned for an inspiring women’s entrepreneurial blog called “The Next Women” back in April this year. It divulges the tale of how Athinaeum started and how it got to where it is today.

Here’s the start of it but be sure to click through to “The Next Women” to read it in it’s entirety.

Once upon a time I was an Account Manager in a boutique Sydney ad agency. My role was to glue together a mish mash of client desires, production personalities, studio stalwarts and creative crazies. I loved the challenge and the team surrounding me, but I was ready for a big change.

So I quit my job and bought a one-way ticket to Spain with a ‘6 month’ stopover in South America in September 2010. I never made it to Spain. Instead, 8 months later, I ended up in the highland jungles of Guatemala. It’s a country in Central America that I wouldn’t have found on a map prior to leaving Australia. I endured a good dose of partying throughout South America that ended up in an exhausted heap in Panama shortly after carnivale season in 2011.

In the hostel bar I was listening to travel tales of a lovely Canadian girl and I started fantasizing as she recounted her blissful experience of a month long yoga and meditation retreat. After 8 months of fiesta, it sounded like a perfect remedy to regroup and figure out what was next on my life path. Strangely, two weeks beforehand, I had accidentally purchased a ticket to Guatemala (a costly slip up!) – and guess what?! This retreat was in Guatemala! It seemed the universe was leading me there. A week later, after a last Panamanian hurrah, I was in the Guatemalan highlands on picturesque Lake Atitlan.

The month that ensued was a necessary hiatus to gain the clarity and determination needed to create the vision of life that I desired. I had no obligations except to fulfill the dream.

From the outset, I imagined the dream would incorporate strong ethical values, my project managing skills, creativity, my endless desire to travel, and of course, fashion. After previous travels in my early twenties I’d always collected oodles of jewelry and textiles that I’d wear for years and still get complimented on. I knew I had an eye for fashion and could combine all these aspects and create an income and a lifestyle that I wanted and here was my chance to go after it!

Perched up in the Guatemalan highlands, amongst braided, brightly costumed Mayan women, I was in inspiration heaven. I brainstormed, researched and trawled artisan markets in search of quality local artisans who could realize the creations in my head. I decided to produce quality handbags from reclaimed textiles because I kept seeing stunning fabrics butchered into shoddy souvenirs. There was obvious potential for these beautiful pieces to become covetable products with immense appeal and exclusivity.

For the next 6 months I persevered in research and development with the last of my savings and a well-timed tax refund. Long days were spent with sketches and fabrics sprawled across my home/workspace. Many hours were spent riding Guatemalan public transport to find decent hardware, zippers and visiting leather workshops on the Pacific Coast. My experience as a shop girl at the house of Chanel after university had honed my luxury sensors and I knew the difference between leather and ‘pleather’ despite what I kept being repeatedly told by local trades-people.

I had many long stern conversations with leather artisans who doubted my capabilities. This was then exacerbated by my poor defenses in rudimentary Spanish.

As a single white female, I stood my ground and persevered with what I believed they were capable of producing.

By September I had a solid line of bags, which I could use as the basis for a collection. I was ready to think about a launch but I was so unsure of what to do.

This business was supposed to give me a lifestyle of flexibility so I decided to launch the collection via an online store. I looked locally for people to create my site without much luck. A friend at the time had promised to help out but he wasn’t committing to a deadline and my funds were dwindling. I still didn’t have a logo or solid name after 3 ditched attempts by a lovely friend at my old agency… nothing was working and it was hard to run this creative process without a team to bounce ideas off.

Finally, I took a step forward when I pulled off an impromptu photo-shoot inspired by an Australian friend who was in town and helped style the shoot along with other friends who photographed and modeled! After the success of the shoot, the business name came: “Athinaeum”. Then a friend’s husband back in Sydney did some rough doodles and came up with the ‘corn petal’ basis of my logo. Momentum built, as Athinaeum was being visually conceived!

I decided to figure out how to build my own site and using an e-commerce platform I fumbled my way through. Endless nights of photography ensued with the help of my amazing El Salvadorian assistant Jacqueline who I met one night when she was selling pupusas at a street side food stall.

Both tears of frustration and joyful moments were abundant. I was pushing myself in a lonely country, with minimal funds and a transient friend base. Self-guided and very much baptized by fire.

I found wells of inner strength through a couple of solid ex-pat friends and the inspiring stories of the resilient Mayan people, indigenous to the region.

The Mayan history is plagued with invasions, civil wars, genocide and poverty yet they are proud, strong and happy to share their culture and stories. It allowed me deep appreciation for the luxuries I’ve grown up with. As I learnt more about them and their lives, it made me even more passionate to share their art and culture through my work. Guatemala is such an inspiring place that it was the perfect launch pad.

By late November my website was complete and products were uploaded. I hadn’t been home for a year and a half and had no idea how it would be received. I launched via Facebook and an email out from my small Guatemalan cottage. Sales popped up overnight whilst I slept. It had worked. Dreams can come true!

Back in Sydney, sales continued after I set up a pop-up shop that lasted from mid December to January. Having sold most of my stock, I wasn’t sure how to proceed now. I knew I needed to get back and keep the ball rolling with production or earn extra cash if I wanted to go big quickly.

Instead of the ‘get rich quick’ route I created a ‘slow and steady’ business plan and returned to Guatemala in May with funds for another collection.

My rationale was that I could survive longer in Guatemala on my limited income than in Australia without getting another job. I had secured a couple of boutiques through friends but I was reluctant to approach new boutiques because I…

– Read the rest at: http://www.thenextwomen.com/2013/04/16/startup-diaries-ethical-fashion-central-america#sthash.fxD8bOMn.dpuf

The best best best part of any fashion job is the moment when new stock arrives and you open the box and squeal with delight! 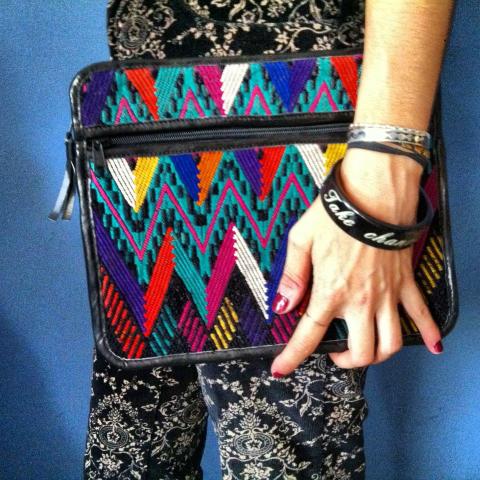 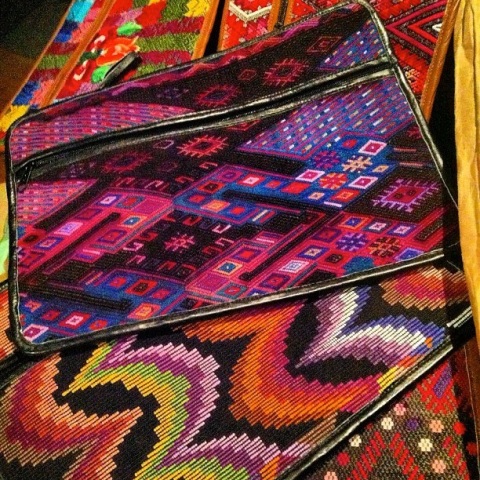 Escape this Long Weekend with a New Weekender 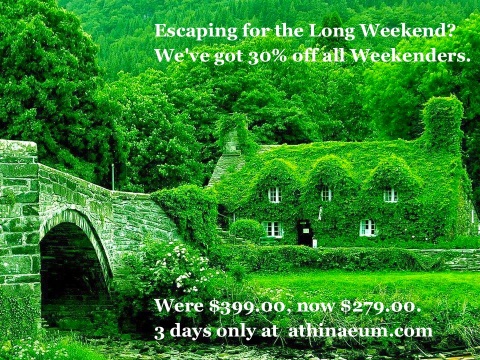 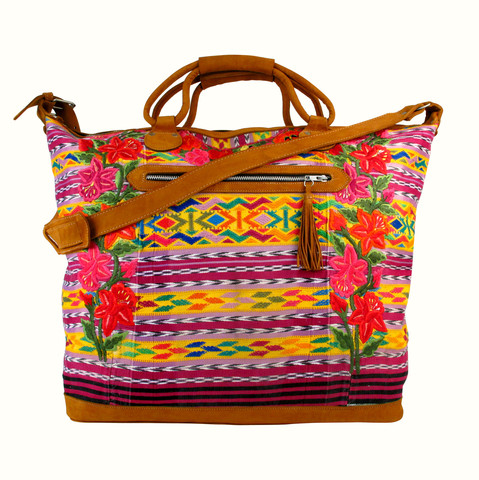 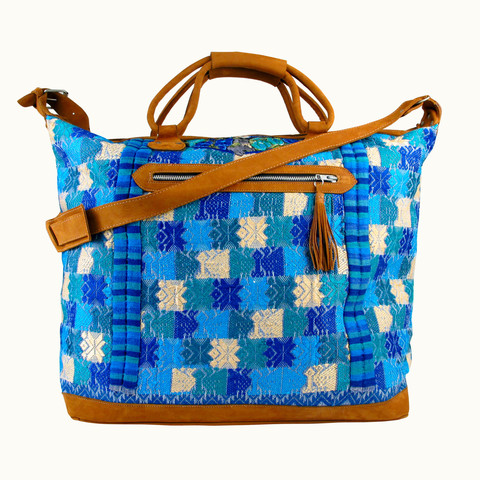 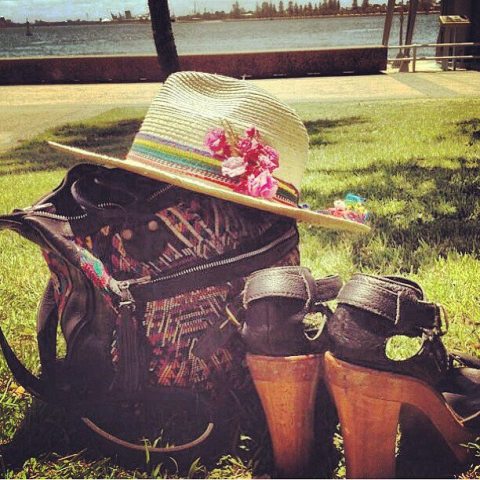 Sun is shining! Colours are swirling… it’s a beautiful day and much love going out to Steph, our Pantless Assistant who snapped this cute pic along with her flower trimmed boater and Spring sandals. Happy Hump Day!

One of the first fashion shoots that Athinaeum ever appeared in was a high profile, stunning Cosmopolitan Magazine shoot styled by the gorgeous and talented Charlotte Stokes. It was shot on the breath-taking peaks of a beautiful New Zealand landscape. I’ve held back on publishing it for some time… but because we’ve got a whole new range of satchels, much like the one in this shoot, I thought it was about time! 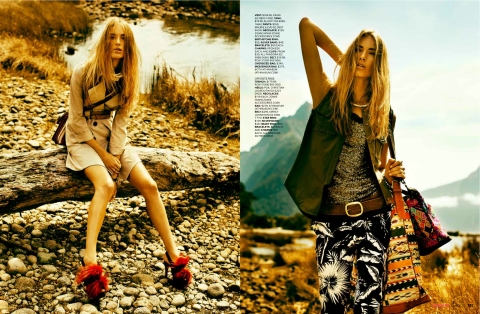 Outfit of the day: Ethical Fashion

Dress by Betty Browne, Bag by Athinaeum, Jewels are vintage, Shoes from Bali. 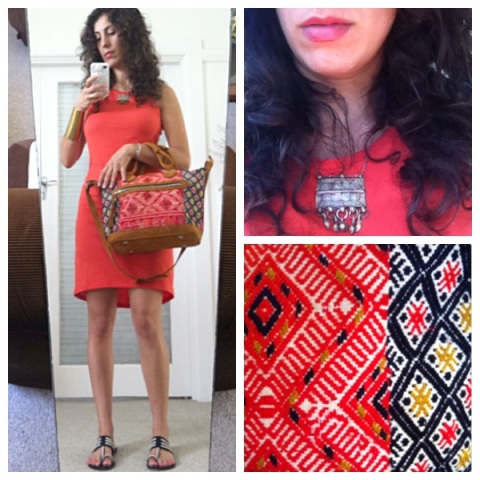 Athinaeum has debuted in December 2012, coinciding with the new Mayan Calendar cycle which is a time heralding enlightenment and awakening according to indigenous Guatemalans.

The shoot was photographed by Kate Reeves from The Story of Us and stars stunning Australian actor Gemma Pranita of Neighbours fame.

Pranita’s character is described as a futuristic-indigenous, warrior-princess and she symbolising a modern tribal movement towards ‘conscious’ high fashion. 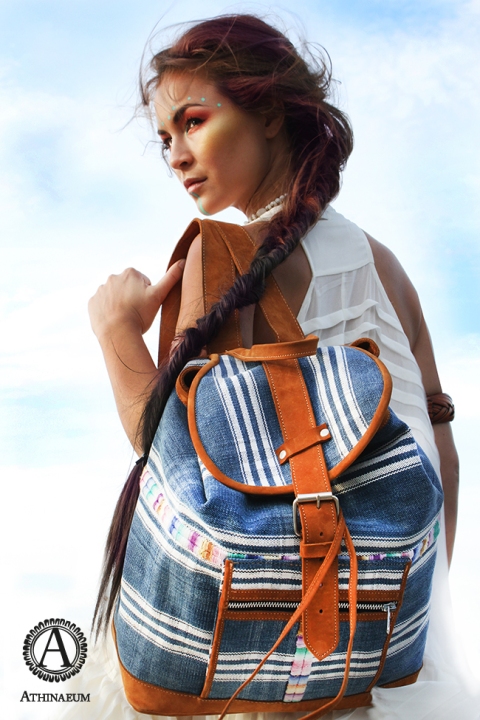 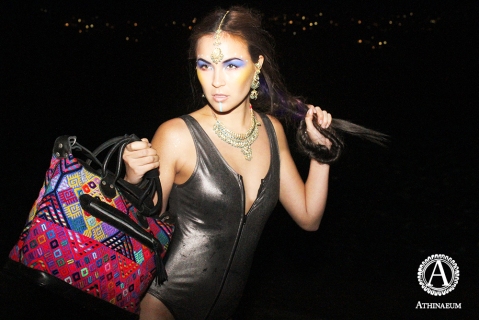 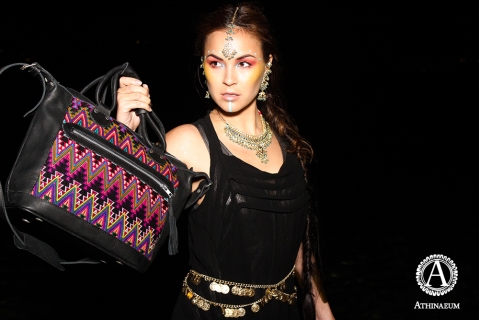